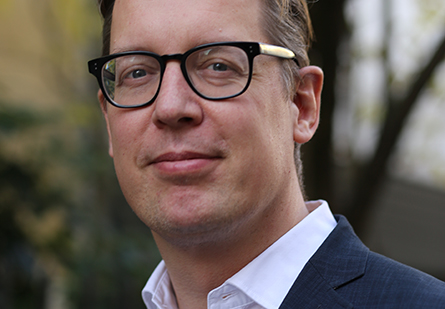 Translated from the original article in Swedish found here. A PDF version can be found here.

Microfinance funds are more popular today than ever. They attract billions from Swedish institutions and savers – even though researchers have not been able to confirm the benefits of microfinance. Swedish investors receive a high return on these investments, but the result for the poor entrepreneur ultimately becomes rather lean. Growth often fails. There are therefore reasons for politicians and decision-makers to consider whether other efforts and priorities are needed to create a more just world, where more people are given reasonable conditions to succeed.

Muhammad Yunus, founder of Grameen Bank and recipient of the 2006 Nobel Peace Prize, once compared people in poverty to a bonsai trees. He said that if a bonsai tree does not grow, the seed is not to blame – it is the soil that is insufficient. In a study that I have published with Alex McKelvie in the International Small Business Journal, we show how the soil, exemplified by poor financial literacy and lack of formal education, greatly affects microfinance’s chances of success. The often low level of education becomes the Achilles heel of microfinance itself.

Economic welfare in more developed countries is also not based on microfinance, but on the fact that talented small business owners and entrepreneurs are given better basic conditions to grow and become both nationally and internationally successful. Despite the obvious insight, efforts are often lacking in this group of companies in developing countries, although government development financiers want to focus on small and medium-sized companies.

New methods and processes are needed to enable and support private investments in smaller companies in developing countries. Today, this segment is mainly achieved through lending or grants. Loans are expensive for the small business, with interest rates exceeding 20 percent. And a loan that is not repaid can risk the company’s future. Grants require a great deal of knowledge about how applications are written. They are time-consuming, burdensome to report, associated with obligations – and difficult to obtain.

Instead, private equity is needed here, but since it is almost as demanding and costly to finance a company with a turnover of $ 100,000-200,000 as a company that has a turnover of $ 3-4 million, the investment often fails. The minimum level can be $ 3-5 million for a maximum ownership of 20-30%, which is impossible for a smaller company.

Despite the realization that education and financing of small businesses is the key to combating poverty, efforts remain modest and disproportionately distributed. The bonsai tree simply does not get the nutrition it requires.

In 2019 alone, Swedish government aid organization Sida’s aid budget is SEK 51 billion (USD 5.3 billion) for efforts to improve people’s living conditions. Of these, 5 percent go to education. To finance entrepreneurship, the sister organization Swedfund has invested a total of SEK 5 billion (USD 510 million) over 40 years, which has created 167,000 jobs. It is recommended that our politicians consider redistributing the contributions from Sida to Swedfund, and in the regulatory letter increase the investments in educational efforts.

About Pontus
Pontus Engström is an affiliated researcher at the House of Innovation, Stockholm School of Economics. He defended his PhD in 2016 and researches the informal sector and entrepreneurship in developing countries. Pontus is the co-founder of MTI Investment AS, which invests in smaller companies in East Africa. He can be reached at pontus.engstrom@hhs.se or pontus.engstrom@mti-investment.com.