“Gå på tur” or go for a walk lie close to heart for many Norwegians. Today was my first hike up in the area behind where I live in Kristiansand. My research supervisor, Professor Trond Randøy, and I went for a hike, partly to discuss research but also just to enjoy the beautiful scenery and some fresh air. There is a very beautiful area just behind, with high hills and a lake great for swimming in the summer time. 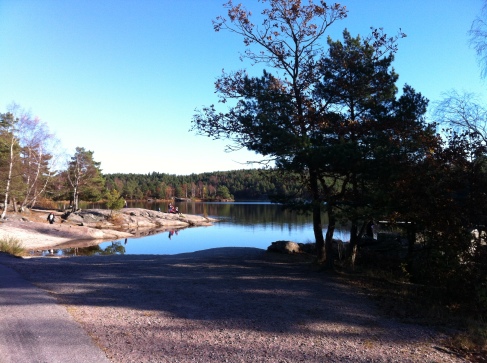 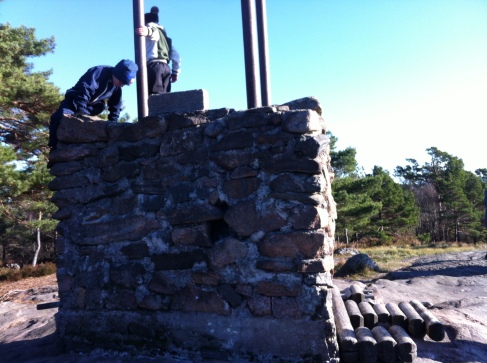 While the area is beautiful, there is still a lot of memories from the German invasion.

In 1940, 9th of April, the Germans came to Norway, and I must admit that my knowledge of how that happened is rather limited. So I had to freshen up my memory a bit. To the Norwegians the invasion came a bit as a surprise as they were not prepared. During a short moment they even thought it was the French. Given the size of the fleet coming over they should have been able to resist the attack, to gain support from Britain. The surprise move was the reason Norway fell. It seems that the key reason Germany wanted to take Norway, was 1) afraid Britain would occupy Norway, and 2) taking Scandinavia would stop cellulose imports, timber imports, butter imports and 10% of iron ore imports to Britain. Denmark fell first, then Norway. Although Sweden was not occupied by Germany, Germany still seamed to have controlled Sweden indirectly, such as the coal industry (but I am not an expert on this topic). Next after Scandinavia was thus Britain. Today this is hard to comprehend.

It is also one thing reading about the occupation, it is another to actually see it and experience it. In Sweden my grandparents experienced the war to some degree, but they did not experience the invasion, but the grandparents of people in Norway lived through the war, and saw and felt the invasion. There are still people here who were 15-20 years old when it happened. At one time, it is claimed that Norway was invaded by up to 400.000 German soldiers, which must have been about 15-20% of the population. Just imagine.

To Norway, and Kristiansand, came many prisoners of war from for instance Russia. They were used as slaves, and were not treated well. Just before the war ended, but knowing of the German capitulation, 5 prisoners of war from Russia were killed in the woods just behind were I live in Kristiansand. It was a very surreal feel to stand at this place, today, some 67 years later. The place must look identical to how it looked back then. Just horrible. 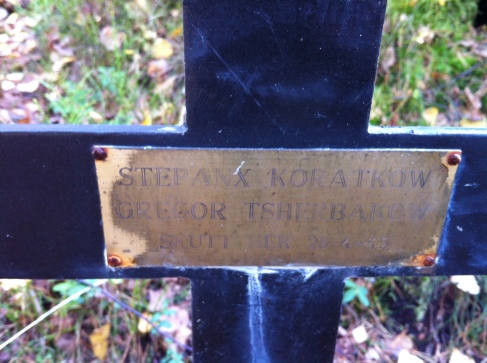 On the 20th of May Norway was freed from the German occupation, a day which is still celebrated in Norway.

I did some searches on YouTube, and came up with this:

PhD and CEO with focus on entrepreneurship in East Africa. I am a father of three (Ella, Kajsa and Leona). View all posts by Pontus Engström