I recently had the opportunity to spend some time in Sri Lanka with practitioners with Strømme Foundation and other leading microfinance researchers from around the world. The photo below is from University of Ruhuna. 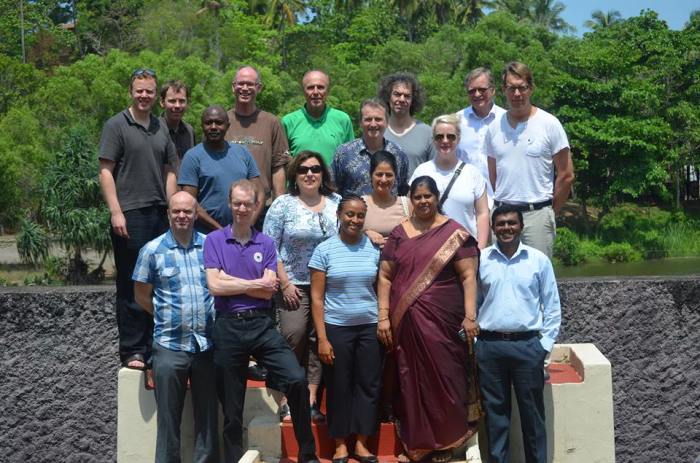 We spent several days discussing various research problems, in addition to making a field visit to a microbank providing group loans to women. 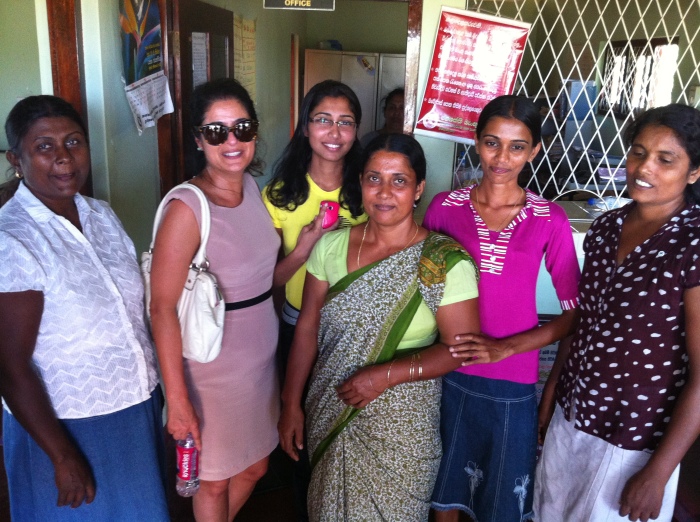 When approaching the microbank the women greeted us with some leaves. I did not know what I was expected to do with these leaves so I took one, and continued into the room. A colleague then told me I was not supposed to take the leaf… Ok… I should have made a short worship and passed the leaf back….oh well..then I was told one could actually eat the leaf, so me and a colleague tried that. Then I was told that the leaf can make you feel a little “tipsy”…but don´t swallow it…because it is hot like cayenne…too late….cough…very spicy….

The microbank we visited work differently from the one I have previously met in Ecuador. They worked only with women – typically the poorest of the poor, with little entrepreneurial skills, in comparison with the people I met in Ecuador who we may call the entrepreneurial poor and were both men and women. The husbands of these women were often doing other labor work, and if this microbank had not provided a loan and help with their business, these women would likely also be doing poorly paid labour work, providing a fraction of what these businesses made. So for these women, taking a loan to do these businesses provides more income to them. However, when asked who came up with these business ideas, it was obvious that these opportunities were not discovered by these women, but rather suggested by the microbank´s credit officer. In fact, taking on this business project entailed very little risk to the women, as the resale of the bricks was guaranteed. Hence, are these women entrepreneurs, or self-employed?

This form of microfinance helps women make slightly more money than they would have earned given the availability of other jobs. They are still among the poor, but not at the lowest level. It improves their standard of living, but in some cases they built a new brick house, but continued to use their old houses which they were more used to. Obviously, we had too little time to really understand all that is going on here, and many have actually already studied this form of microfinance. This form of microfinance does reduce poverty and improves social security, but it is questionable whether it eradicates poverty and whether it has any major effects on economic development. It does offer a higher likelihood for poverty eradication to happen. It is important as there is no distribution of wealth in Sri Lanka, as it is in for instance Sweden. It is a reminder of how important it is with a social safety net, providing basic education and health care, but also some form of wealth distribution to allow people a certain basic standard of living.

Schumpeterian entrepreneurs are typically those people who make dramatic innovations, by combining resources, and create something new. One such entrepreneur can create 1000s of copy-cat entrepreneurs and 10.000s of employment opportunities. In economic development, we don´t want a large population of entrepreneurs, below 10% is roughly a good sign, not 40-50%.

Asking the microbank, we are told that there are a few clients who had been able to grow and employ more people, up to 20 employees, but this is very uncommon. However, the majority of small businesses stay small, and the form of support they receive thus become more as a form of social security. Other businesses could include small scale agriculture. The question is how these small, essentially self-employed, businesses, can become entrepreneurial ventures propelling these groups out of poverty.

Below is a short video, giving a flavor of the visit to Sri Lanka. Can highly recommend a visit.

PhD and CEO with focus on entrepreneurship in East Africa. I am a father of three (Ella, Kajsa and Leona). View all posts by Pontus Engström